To deliver quality services in the following areas of competence:

Developement and creation of UI elements, e.g. buttons and icons that are used to interact with devices and users, developing UX design.

I have designed and developed many awesome products. Just take a look.

If you are looking for assistance from a professional graphic designer you've succeeded in finding one. How may I help you? 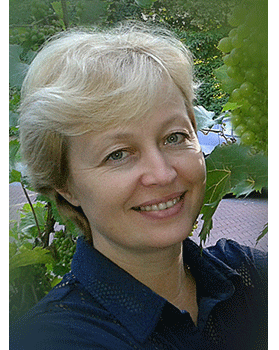 Innovative Frontend Developer with experience building and maintaining responsive websites. Proficient in HTML, CSS, JavaScript, Typescript, React, Bootstrap... A highly skilled and richly experienced (over 19 years) creative graphic designer, able to use a wide range of software and systems to produce work of the very highest quality. Adept at all aspects of desktop publishing, web design, graphics, packaging, video editing and subtitling, confident to use her own creativity and initiative or to follow detailed specifications as required. Many years’ experience working on multilingual projects, proven to communicate well with people at every level in business and happy to share her knowledge and skill. Driven, enthusiastic and committed to producing accurate, creative and impactful work that delights, inspires and exceeds expectations.

I worked with wonderful people. Please take a look at what they are saying about me.

“Gala brings her own creative and entrepreneurial style to the projects she manages and exceeds expectations with her multi-tasking abilities and dedication to the quality of her work as a graphic designer and production engineer. She is always eager to take on new and challenging jobs and works effectively both in a team environment and also independently.
Gala understands the urgency to meet deadlines and does so under often demanding schedules and inputs with various time zones in a busy setting with international clients and multiple languages. She is adaptable, flexible and takes initiative to make smart decisions with her excellent organizational skills and extends herself in situations with acute problem solving ability. Her personable, professional and collaborative demeanor make working with Gala a true pleasure.”
Stephanie Wilcox
Senior Fundraising Director

“Gala Malareva is my colleague in Quadriga Art where I work as a Data Coordinator.
I communicate to Gala on daily basis as she provides me with images which are essential for my work process. I found her to be reliable and organized individual with great sense for creativity.
She has always been willing to offer her assistance to her co-workers as well as to the clients.
I recommend her highly as a skilled, dependable, and imaginative artist working in several areas of the graphic. She would be an asset to any employer for any endeavor she chooses to pursue.”
Martin Rybecky
Data Coordinator at Innovairre.

“I had the pleasure to work with Gala during my time as a technical translator at iSP. Galina is a great DTP specialist: very knowleadgeable, professional and friendly. Galina has a tremendous eye for detail; her DTP expertise helped us produce elegant and user-friendly documentation. She is most definitely a keeper.”
Marco Spinello
Technical Writer at EclecticIQ

“Galina was a great colleague to work with. Always professional, extremely conscientious and very knowlegeable in her field.”
Kate Sheridan
Language Technology Lead

Have any question? Drop us a message. We will get back to you in 24 hours.